LAWRENCE G. DOWNING, D.Min. Dr. Downing is a retired pastor who spent more than 40 years as a senior pastor in the Seventh-day Adventist Church. He also served for more than 15 years as an adjunct professor at La Sierra University Zapara School of Business and the H.M.S. Divinity School. He has written numerous articles for various Adventist journals and has served in churches on both Coasts. His B.A. degree is from Pacific Union College. He has an M.A. and B.D. from Andrews University and a D.Min. from Lancaster Theological Seminary. Over the years he was appointed to the executive boards of five not-for-profit hospitals and the boards of numerous educational institutions.

ROBERT M. “BOB” KRONE, Ph.D. Dr. Krone is President of Kepler Space Institute (www.keplerspaceinstitute.com); an Emeritus Professor of Systems Management at the University of Southern California; was a Distinguished Visiting Professor for Strategic Management in the School of Business and Management at La Sierra University (1992–2007); and Adjunct Professor for Doctoral Programs (PhD and DBA), with the International Graduate School of Management at the University of South Australia (1995–2007). His Ph.D. from the University of California at Los Angeles (1972) was in Political Science and Policy Sciences. His first career was as a Fighter Pilot, Commander and International Staff Officer in the United States Air Force (1952–1975, retiring in the rank of Colonel). In 1966 He was the first USAF Squadron Commander to complete 100 combat missions over North Vietnam, and received the Silver Star, four Distinguished Flying Crosses, The Bronze Star and eleven Air Medal decorations. These pictures of Dr. Krone and Mrs. Salena Gregory-Krone were taken in front of the new building and the History Wall at the Zapara School of Business, La Sierra University, January 18, 2016.

BEN A. MAGUAD, Ph.D. Dr. Maguad is tenured Professor of Management and Program Coordinator of Management, Marketing & Information Systems at Andrews University in Berrien Springs, Michigan. He has been a recipient of the Daniel Augsburger Award in Teaching Excellence at Andrews University in 2013. His A.B. Economics degree (graduated Cum Laude) is from the University of Santo Tomas in the Philippines. He has an M.A. Economics degree from Thammasat University in Thailand and an M.B.A. degree from Andrews University in the United States. He received his Ph.D. in Business and Management from the University of South Australia. He is a Senior Member of the American Society for Quality (ASQ). His area of research and publication is in the application of total quality principles to higher education. He has published a number of quality-related articles in a number of journals and presented papers in many conferences. He has co-written with Bob Krone a 2012 book entitled “Managing for Quality in Higher Education: A Systems Perspective”. He has taught in a number of countries like the Philippines, Thailand, Hong Kong, Trinidad & Tobago, Taiwan, Singapore, and the United States of America. 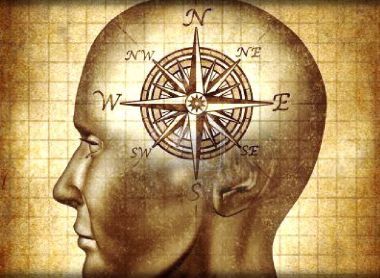