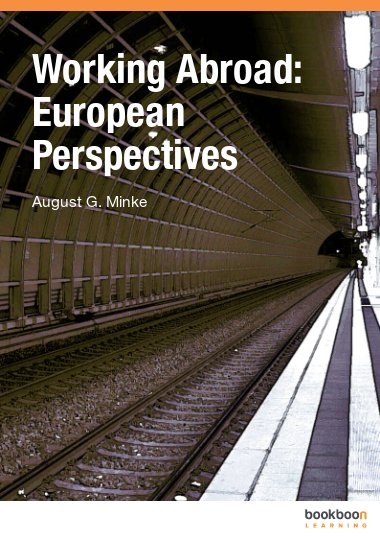 by August G. Minke
0 Reviews
73
Language:  English
Traditionally, emigration was a lifelong commitment to settle in a land far away for a chance of a better life.
Sign Up
Professional Plus subscription free for the first 30 days, then $8.99/mo
Buy the eBook :
Access to this title on the bookboon platform
Share
Description
Content

Traditionally, emigration was a lifelong commitment to settle in a land far away for a chance of a better life. These days, there are as many reasons as there are individuals. Whether love, money, opportunity, adventure or career move, the actual step of packing up your belongings and moving abroad, to survive in a different culture, requires a solid dose of courage and at least as much preparation. This book is a very sensible concise guide aimed at European nationals who want to abroad. The book is admirably clear in addressing the issues that arise when moving abroad.