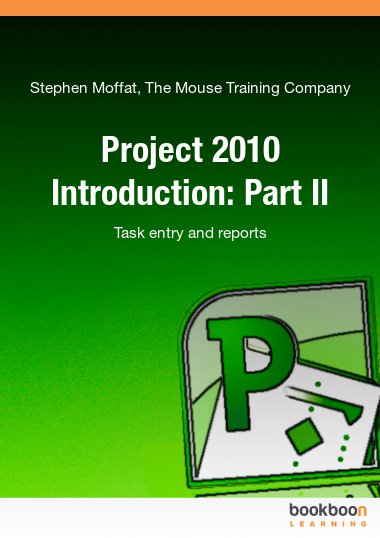 by Stephen Moffat, The Mouse Training Company
0 Reviews
94
Language:  English
Project 2010 is allows individuals, but as well teams to plan, manage and report on a project.
Sign Up
Professional Plus subscription free for the first 30 days, then $8.99/mo
Buy the eBook :
Access to this title on the bookboon platform
Share
Description
Content