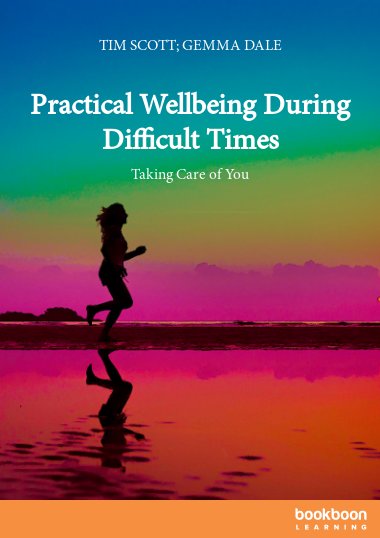 Taking Care of You

by Tim Scott Gemma Dale
10 Reviews
(10 ratings)
33
Language:  English
This is a practical book about managing personal wellbeing. It provides simple and proven techniques to help you to reflect upon your current state of wellness and work to enhance it.
Sign Up
Professional Plus subscription free for the first 30 days, then $8.99/mo
Buy the eBook :
Access to this title on the bookboon platform
Share
Description
Content

This is a practical book about how to effectively manage personal wellbeing. It provides simple and proven techniques to help you to reflect upon your current state of wellness and work to enhance it, even in the most difficult and challenging of times. Written by professionals with experience in wellbeing coaching and a qualified Personal Trainer, this book will provide tools and techniques for both supporting your own health and wellbeing and undertaking effective self-care.

Tim Scott is an award-winning HR generalist and Chartered Fellow of the CIPD. Tim is currently a People Director in the legal sector. Tim has spent 20 years in HR roles across a variety of sectors, successfully leading People and OD teams to work with senior management teams and Boards to transform organisations’ people practices. He is also an experienced writer, blogger and speaker on work, social media and Human Resources. His aim is to help organisations find practical and real-world solutions to their people needs, providing pragmatic advice and support whilst retaining a focus on the “human” aspect of Human Resources. He is the co-author of several books on HR and social media.

Gemma Dale is an experienced HR Director, a Chartered Fellow of the CIPD, and a regular speaker and writer on a variety of HR topics including employee engagement, flexible working, wellbeing and social media. Gemma is a qualified mediator and coach, and an award-winning blogger Gemma is the co-author of several books on HR, social media and wellbeing. Gemma is currently a university lecturer teaching a range of business and management skills.

Tim is a UK HR professional and Chartered Fellow of the CIPD with over twenty years of generalist experience in roles across the private, public and voluntary sectors. Alongside his “day jobs”, he has co-written a number of books about HR and management, including the successful “Putting Social Media to Work” series. A self-confessed social media convert, Tim is active on Twitter (as @TimScottHR) and also writes for a number of publications and sites.

Tim is currently People Director at Fletchers Solicitors, a leading law firm in the North West of England. He has previously worked as an independent HR consultant and been Head of People & Organisational Development for a national UK charity, where his team won the Charity Times’ prestigious “HR Management” award.

Throughout his career he has worked closely on people and productivity issues with senior managers and developed people-focused HR teams. A firm believer that there is no such thing as best practice in people management, he has focused on designing and implementing business-appropriate practices, often in organisations which previously had little or no dedicated HR leadership. He says his career aim is simple: to improve people’s experience at work. 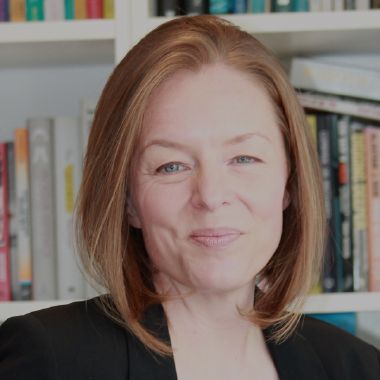 Gemma is an experienced HR professional, a Chartered Fellow of the CIPD, Fellow of the HEA and a regular speaker and writer on a variety of HR topics including employee engagement, flexible working and wellbeing. She is also a qualified coach and mediator.

Gemma is a lecturer in the Business School at Liverpool John Moores University where she teaches employment law and professional development skills. She also runs her own business, The Work Consultancy where she focuses on policy development, flexible and hybrid working and wellbeing.

You can find Gemma on Twitter @HR_Gem and her blog at www.hrgemblog.com