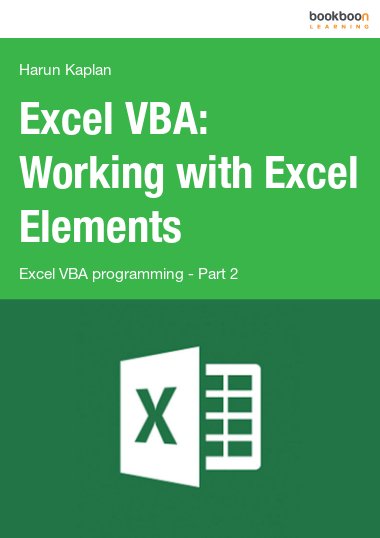 by Harun Kaplan
0 Reviews
76
Language:  English
This VBA book series has been developed in the past eight years. They contain many practical explanations and examples. They can also be viewed as a collection of daily routines.
Sign Up
Professional Plus subscription free for the first 30 days, then $8.99/mo
Buy the eBook :
Access to this title on the bookboon platform
Share
Description
Content