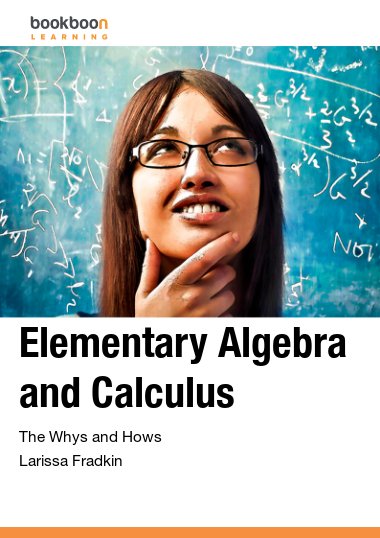 The Whys and Hows

The book is based on lecture notes Larissa created while teaching large classes of STEM students at a University of widening access and embodies a systematic and efficient teaching method that marries modern evidence-based pedagogical findings with ideas that can be traced back to such educational and mathematical giants as Socrates and Euler. The courses, which incorporated Larissa's modules, had been accredited by several UK professional bodies, often after ascertaining that there was no correlation between quality of student degrees and quality of their qualifications on entry.

Larissa Fradkin is Emerita Professor,London South Bank University, UK and Associated Professor, Brunel University,UK. She graduated from the Physics Department of St Petersburg University,Russia in 1973 and received her PhD in Applied Mathematics from Victoria University of Wellington, NZ in 1978. She was employed as a Research Scientist at the NZ Department of Scientific and Industrial Research from 1978 till 1984, as a Research Associate at the Department of Applied Mathematics and Theoretical Physics of Cambridge University, UK from 1985 till 1992 and as a member of academic staff at London South Bank University from 1993 till 2009. She is now a Managing Director of Sound Mathematics Ltd., working on mathematical modelling of ultrasonic inspection of nuclear reactors, mainly in collaboration with CEA (the French Atomic Commission). Larissa is a Fellow of IMA (UK Institute for Mathematics and Its Applications), IOP (UK Institute of Physics) and IET (UK Institute of Engineering and Technology).