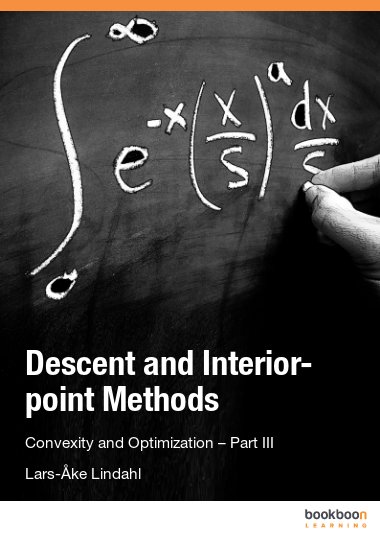 This third and final part of Convexity and Optimization discusses some optimization methods which, when carefully implemented, are efficient numerical optimization algorithms. We begin with a very brief general description of descent methods and then proceed to a detailed study of Newton's method. One chapter is devoted to self-concordant functions, and the convergence rate of Newton's method when applied to self-concordant functions is studied. We conclude by studying of the complexity of LP-problems.