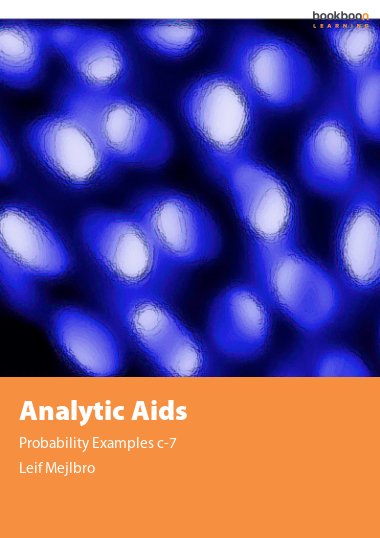 This is the eight book of examples from the Theory of Probability. In general, this topic is not my favourite, but thanks to my former colleague, Ole Jørsboe, I somehow managed to get an idea of what it is all about. We shall, however, in this volume deal with some topics which are closer to my own mathematical fields.

The prerequisites for the topics can e.g. be found in the Ventus: Calculus 2 series and the Ventus: Complex Function Theory series, and all the previous Ventus: Probability c1-c6.