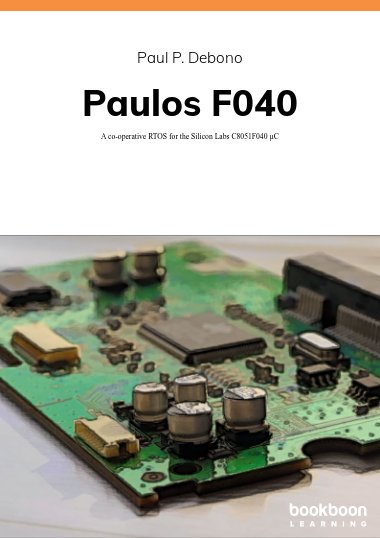 He has been employed with the University of Malta since 1983 within the Faculty of...

This book is intended as a reference book for under-graduate students in Engineering and/or IT studying microcontrollers and embedded systems or for microprocessor hobbyists. It covers mainly the Silicon Labs C8051F040 microcontroller and it is the third book in the series all published by Bookboon.com. The first one in two parts dealt with the self-designed PaulOS, the 8051 Real-Time Operating System (RTOS) and the second covered a modified version of PaulOS for the C8051F020 also from Silicon Labs. This book further adapts the co-operative RTOS for the C8051F040 with its SFR paging requirement, increased number of timers, interrupts and CAN bus giving also various example application programs using the ARM Keil IDE (http://www.keil.com).