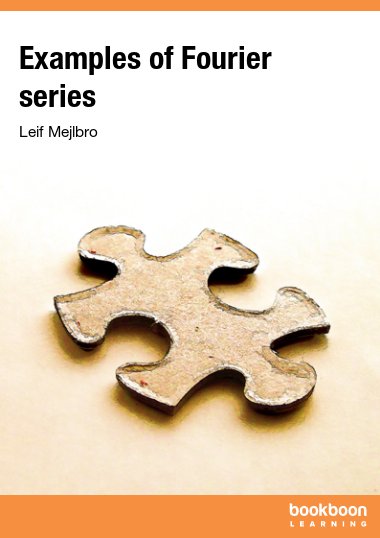 In this book we present a collection of examples of applications of the theory of Fourier series.

Here we present a collection of examples of applications of the theory of Fourier series. The reader is also referred to Calculus 4b as well as to Calculus 3c-2.

It should no longer be necessary rigourously to use the ADIC-model, described in Calculus 1c and Calculus 2c, because we now assume that the reader can do this himself.

4. Fourier series in the theory of beams