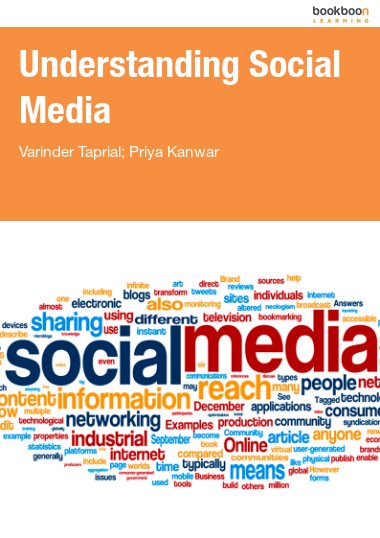 by Priya Kanwar Varinder Taprial
0 Anmeldelser
2 Reviews
61
Language:  English
Social Media is the buzz about town. Almost everyone with internet access is using social media in some form or the other.
Sign Up
Professional Plus subscription free for the first 30 days, then $8.99/mo
Kjøp eBoken:
Ingen reklame inne i boken
Share
Description
Preface
Content
Reviews

Emmanuel
This book is really helpful. It provides research-based explanation of what Social Media is. Really helped me in my undergraduate project work. Thanks!
Diane R. Adams
Social media has its many forms and I find that all of them are very influential. This book will let you take the advantage and have an edge over others.
More reviews
Skriv en anmeldelse
About the Authors