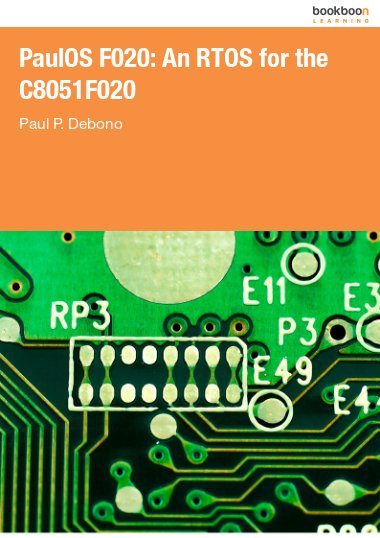 This text book is intended for under-graduate Engineering and/or IT students studying micro-controllers and embedded systems. It covers mainly the C8051F020 family of mixed signals micro-controllers from Silicon Laboratories IDE (http://www.silabs.com). Starting with the basic architecture it then moves on to explain the PaulOS_F020 co-operative Real-Time Operating System (RTOS) with full source code listing. This is derived from the self-developed basic 8051 RTOS fully described in my previous 2-part Bookboon book ‘PaulOS – An 8051 RTOS’ but specially modified for the high performance Silicon Lab MCU. Various example application programs using the Keil IDE (http://www.keil.com) and/or the Silicon Labs ‘Simple Studio’ are given as well as useful hints to avoid programming pitfalls.