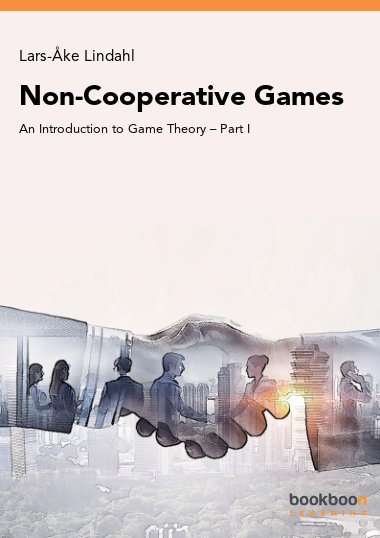 by Lars-Åke Lindahl
0 Anmeldelser
214
Language:  English
Part I of An Introduction to Game Theory gives a thorough presentation of the non-cooperative theory. Knowledge of mathematics corresponding to one semester of university studies is required.
Sign Up
Professional Plus subscription free for the first 30 days, then $8.99/mo
Kjøp eBoken:
Ingen reklame inne i boken
Share
Description
Content