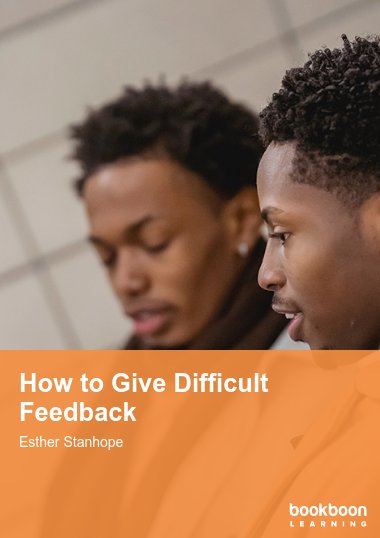 What Esther learnt as a senior BBC producer and leader, was that “feedback” had become too powerful in her head and something she used to avoid at all costs.

When she got help and learnt the useful FEED-back formula, it changed her entire approach to communicating. As a result, she became a better leader.

She learnt to put feedback into perspective. She learnt it’s there to shape, improve things for the future. Some professors at Said Business School at The University of Oxford, in the U.K, call feed-back – feed-forward because it’s actually about the future NOT the past….

By the end of this episode,

You will have the tools, tips, and a handy formula (FEED- formula) to give you the confidence to embrace feedback rather than dread the idea that you might hurt someone’s feelings or feel uncomfortable yourself.

First of all - Don’t worry if you dread giving difficult feedback (Or you may call it constructive criticism), most people run for the hills when it comes to confronting a tricky issue head-on.

‘Feedback’ doesn’t have to be scary, negative or leave you feeling bad, guilty, hated, or judged.

You’ll feel more confident when it comes to approaching difficult feedback so it’s not personal and won’t be taken personally or feel like a character assassination.