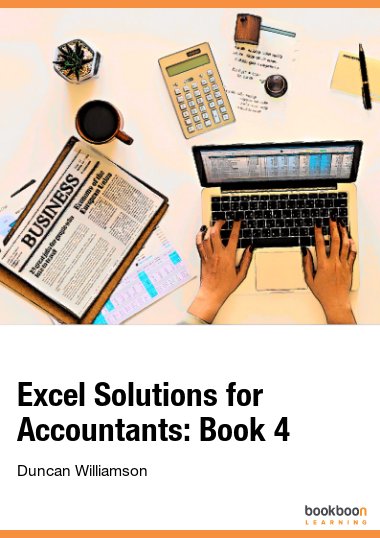 by Duncan Williamson
0 Anmeldelser
156
Language:  English
Three books with the title of Excel Solutions for Accountants: dozens and dozens of solutions. You get experience of the hundreds of cases that colleagues of yours have benefitted from over the years.
Sign Up
Professional Plus subscription free for the first 30 days, then $8.99/mo
Kjøp eBoken:
Ingen reklame inne i boken
Share
Description
Content