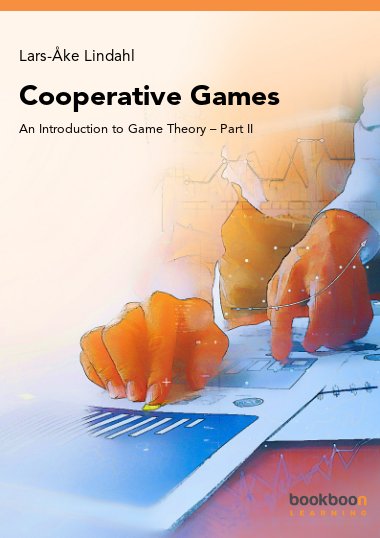 by Lars-Åke Lindahl
0 Anmeldelser
99
Language:  English
Part II of An Introduction to Game Theory gives a thorough presentation of the cooperative theory and can be read before Part I. Knowledge of mathematics corresponding to one semester of university.
Sign Up
Professional Plus subscription free for the first 30 days, then $8.99/mo
Kjøp eBoken:
Ingen reklame inne i boken
Share
Description
Content


Skriv en anmeldelse
About the Author