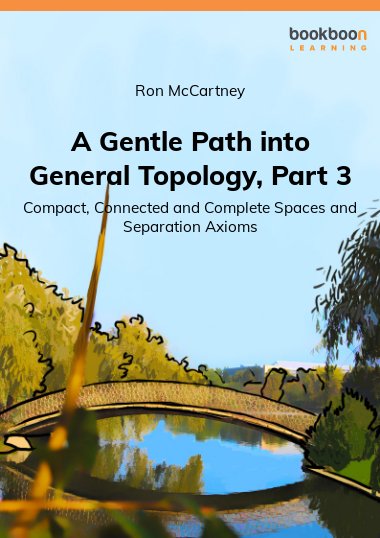 A compact topological space means that, if it is contained in an infinite union of open subsets, then a finite union of those subsets would suffice.
Connected spaces have their intuitive meaning of not being a union of disjoint non-empty open subsets.
We define completeness in metric spaces by ensuring that sequences {xn} whose terms xn come ever closer together always have a limit.
The separation axioms separate pairs of points and closed subsets, using disjoint open subsets. They take us on a journey towards metric spaces again. By investigating further, students may complete the journey.

I had a thorough training in analysis and general topology as an undergraduate, and my doctoral research was in nets and compactifications. I have taught analysis and general topology in three universities, most recently in Asia, but earlier in the UK Open University, where I was also involved in mathematics education. I enjoy helping students appreciate the precision and rigour of analysis and topology, and I continue to gain much pleasure through investigating their secrets.