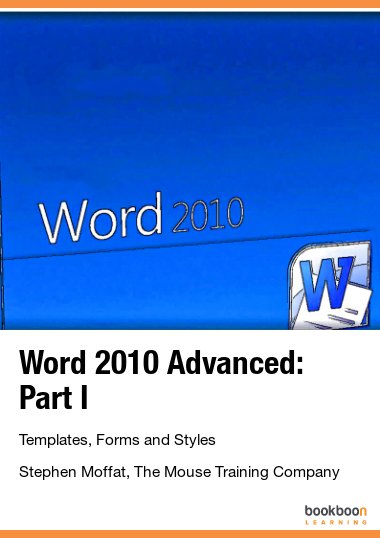 Word 2010 is a powerful word processing application that allows users to produce typed documents. These can range from simple letters through to fax cover sheets, reference manuals and sophisticated reports incorporating numbered headings, figures and graphics. In this ebook you will learn how to use templates, forms and styles in Word 2010. Furthermore you can read more about tables and formatting, these subjects have been introduced in the Word 2010 introduction ebook .

Sunny
Just great the book helped me and learned me secrets of Word 2010, so now I can use each and every feature not known to me before
Dale E. Womack
If you use the app, you will get to know almost everything about MS Word. But with this ebook, you will be able to save a lot of time in learning and finishing a document, without missing the details.
More reviews
Scrivi una recensione
home.libro.su_autore