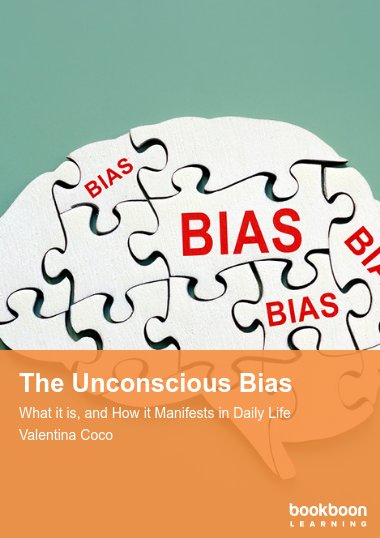 What it is, and How it Manifests in Daily Life

Valentina Coco
0 Recensioni
16m 6s
Lingua:  English
Uncovering the basics about bias and its impacts on us and wider society. Using key steps including introspection, awareness and building connections through empathy to understand the impact of bias.
30 giorni di prova gratuita
Abbonamento Professional Plus gratuito per i primi 30 giorni poi $8.99 /mese
Condividi
Descrizione

Uncovering the basics about bias and understanding how it impacts us and wider society at large including individual and work lives. Once we comprehend the biases based on our exterior appearances and behaviour, like gender, sexual orientation, cognitive bias - we delve into the unconcious bias enabling those to grasp how we perceive and interact with others.

We cover the key steps to take to limit the impact of your bias: starting with introspection and awareness, find common interests and build connections with people through empathy and being aware of the impact of interactions.