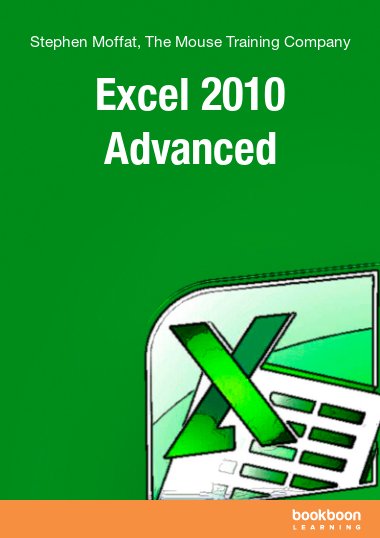 This Excel 2010 eBook should be used as a point of reference after following attendance of the advanced level Excel 2010 training course. It covers all the topics taught and aims to act as a support aid for any tasks carried out by the user after the course.

The manual is divided into sections, each section covering an aspect of the advanced course. The table of contents lists the page numbers of each section and the table of figures indicates the pages containing tables and diagrams.

Balilou
Ce livre est excellent, vous trouverez tout ce dont vous avez besoin.
Buti Motloung
My productivity levels have never been boosted this massively. The book is a must have for every individual and office.
George
Great resource, a true treasure for those who want to handle Excel 2010 with ease.
Ahmad Shakeb
This is useful for students, thank you for publishing this book.
Edward Blake
I like it, I have used it a lot. I can highly recommend it!
Michael
Fantastic book
Peter
It is a good book to get an advanced look into Excel
Excellent
More reviews
Scrivi una recensione
home.libro.su_autore