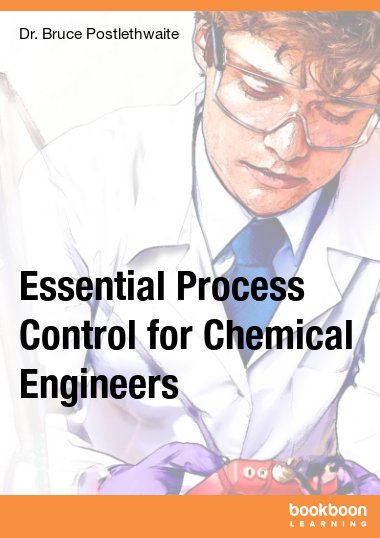 This book covers almost all of the process control material required to meet the IChemE’s recommended syllabus for a general career in chemical engineering. The first section is on instrumentation, including control valves and plant communications. Several chapters then descibe P&I diagrams, the concept of feedback control and introduce the main types of simple dynamic response that can be seen in chemical plant. The next section of the book is concerned with analysis and covers dynamic modelling, the PID algorithm, control system analysis and controller tuning. The last three chapters look at more advanced single loop control, control system design and control system architecture. The book is based on class notes that have been developed over the past four years and has benefited from lots of useful student feedback.

Gabriela (from CBI s.r.o)
I found in this book many very nice explanations and contexts useful for each process control engineer. Thank you.
More reviews
Scrivi una recensione
home.libro.su_autore

Bruce Postlethwaite is a Senior Teaching Fellow in the Department of Chemical Engineering at Strathclyde University in Glasgow. Bruce is a Strathclyde graduate and left with a BSc in Chemical Engineering in 1978. He then spent several years in industry (as a technical support engineer in a fertiliser plant; a research engineer in a nuclear plant and then a control software engineer in the same plant) before returning to Strathclyde as a lecturer in 1986. He’s been there, apart from a short period teaching at UC Berkeley, every since. His main teaching interests are in process control, but he’s also taught classes in process safety, computer programming, biochemical engineering, design and process economics. Bruce has kept contact with industry during his time teaching at Strathclyde and has provided consultancy for a wide range of clients including: BNFL;British Gas; West of Scotland Water, East of Scotland Water, North British Distillery, Brewing Research Intl., Controlled Therapeutics, Rathburn Chemicals, Scottish Water, BP Exploration; Marine Biopolymers, Seaspice and Vascutek.
home.libro.scoprire_autore
home.libro.relativo_contenuto