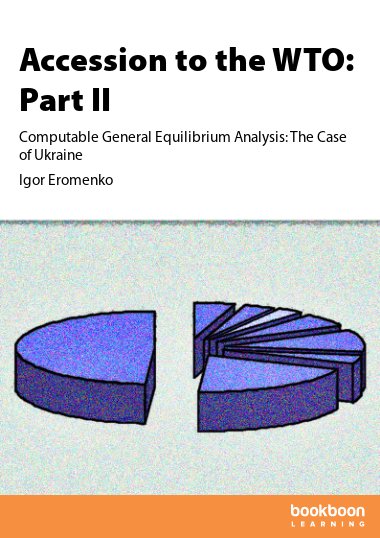 Accession to the WTO: Part II

This is the second part of the book that examines process and possible economic consequences of accession to the WTO. This part considers economic impact of the WTO accession and takes specific country as a case study, namely Ukraine. Computable General Equilibrium model for Ukraine is built and several scenarios are modelled. The facts that Ukraine has sufficiently large economy and accession was finalised quite recently should make it interesting to a wide audience.