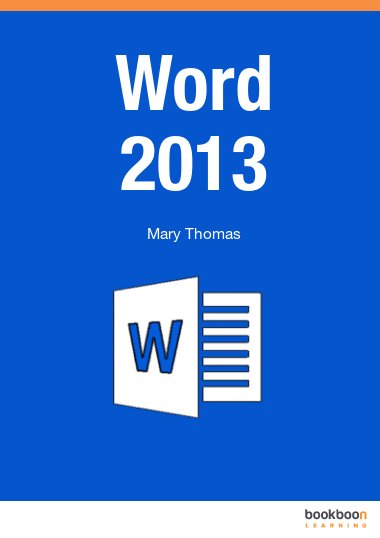 by Mary Thomas
0 Arvioinnit
1 Review
142
Language:  English
In this Word 2013 eBook, you will look at each of the Tabs in turn. Each of the buttons on each tab is discussed in detail to ensure you know what happens when you click them.
Sign Up
Professional Plus subscription free for the first 30 days, then $8.99/mo
Osta eKirja:
Kirja ei sisällä mainoksia
Share
Description
Preface
Content
Reviews

Brigid Hilton
Very easy to follow, I would highly recommend it!
More reviews
Kirjoita arvostelu
About the Author