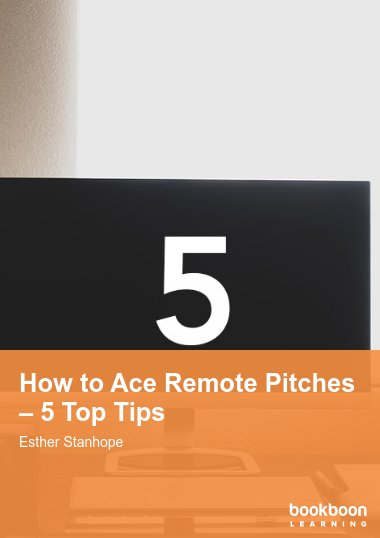 Pitching in the virtual world requires a whole new set of skills compared to face-to-face pitching.

You need to be able to broadcast, ace it on camera, be confident at working your magic via a video link and be up to speed at using the technology and sharing material.

By the end of this episode, you will look, sound and feel more confident and professional when you approach any pitch.

You’ll work better as a team, have more flow, read the (virtual) room, be more engaging and most importantly, build a rapport.

Esther Stanhope’s tips are transformation – she’s an international speaker with a background in broadcasting (10 years at the BBC). So, when it comes to communication in this virtual world – her rules of TV and radio come in very handy when you apply them to this pitching via video.

Esther helps clients in global organisations to pitch better via ZOOM, Teams, WebEx or any other virtual platform so it flows, engages and makes an impact.

These tips will really help you.