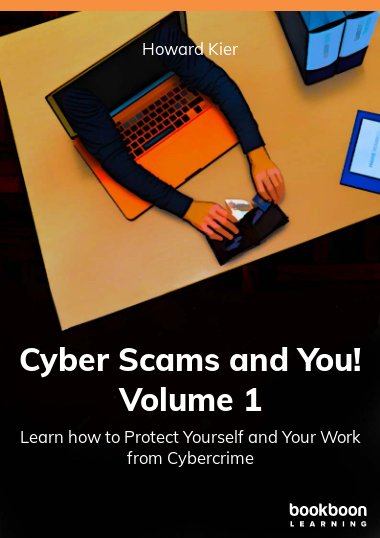 Cyber Scams and You! Volume 1

Learn how to Protect Yourself and Your Work from Cybercrime

by Howard Kier
0 Arvioinnit
37
Language:  English
Don’t be a victim of cybercrime. Understand how scams work and how to protect yourself.
Sign Up
Professional Plus subscription free for the first 30 days, then $8.99/mo
Osta eKirja:
Kirja ei sisällä mainoksia
Share
Description
Content

Howard Kier is a currently a web developer in Chicago, Illinois. He started his career at IBM after earning a B.S Computer Engineering and M.S Computer Engineering from Syracuse University. While working at IBM, Howard earned his M.B.A from Southern Methodist University where he was inducted into Beta Gamma Sigma, the National Honor Society for Business students. After earning his M.B.A, Howard worked at Electronic Data Systems (now HP Solutions), as a consultant.

Tiring of the corporate culture, Howard left EDS, to start his own company. After twelve successful years, he found himself spending more time counseling other business owners rather than on his own business. At that time, Howard redirected his company to provide consulting services. He spent a year as a consultant at Legacy Analytics and left when offered his current position.

Throughout his career, Howard has consistently learned about current threats to computer systems after working with other IBM programmers and developers to stop the first computer virus and denial of service attack. Tired of seeing innocent people being taken advantage of via various cybercrimes, Howard decided to write these 2 volumes to educate the general public.

Howard is the author of numerous LinkedIn articles on a variety of business subjects. This is his first book.