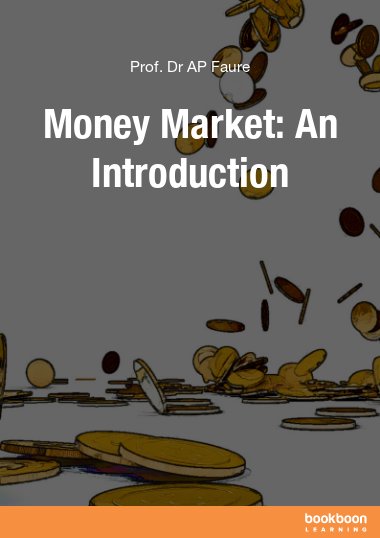 by Prof. Dr AP Faure
0 Reviews
1 Review
138
Language:  English
The money market has traditionally been defined as the market for short-term marketable debt instruments, such as commercial paper (CP) and treasury bills (TBs). It is much more than this.
Sign Up
Professional Plus subscription free for the first 30 days, then $8.99/mo
Buy the eBook :
Access to this title on the bookboon platform
Share
Description
Content
Reviews

haroon ghani
This book is so important for every new participant. It is very easy for the learner and it has all the info required for a new learner.
More reviews
Write a review
About the Author