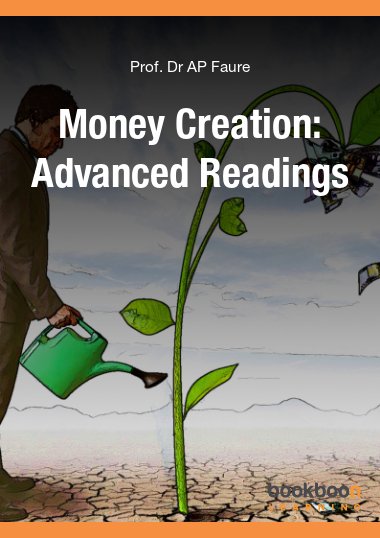 by Prof. Dr AP Faure
Rating:
( 0 )
Write a review
175 pages
Language:
English
This is a book of papers which endeavour to dispel the many misleading notions in respect of money creation.
This is a Business eBook
Free 30-day trial
Business subscription free for the first 30 days, then $5.99/mo
Buy the eBook :
Access this book on our eReader, no adverts inside the book
Share this title
Latest eBooks
About the author

More about Prof. Dr AP Faure
Get ahead at work with our collection of personal development eBooks
Download 1,700+ eBooks on soft skills and professional efficiency, from communicating effectively over Excel and Outlook, to project management and how to deal with difficult people.
Free 30-day trial Then $5.99/mo. Cancel at any time.
Description
Content