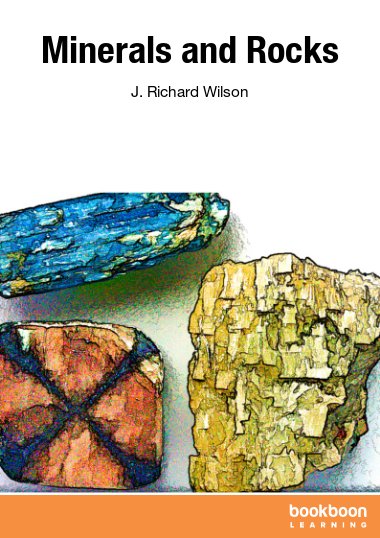 by J. Richard Wilson
Rating:
( 0 )
Write a review
162 pages
Language:
en
This book is intended for first year students of geology.
This is a free eBook for students
Sign up for free access
Download free textbooks as PDF or read online. Less than 15% adverts
Free 30-day trial
Business subscription free for the first 30 days, then $5.99/mo
Share this title
Latest eBooks
About the author
More about J. Richard Wilson
Get ahead at work with our collection of personal development eBooks
Download 1,700+ eBooks on soft skills and professional efficiency, from communicating effectively over Excel and Outlook, to project management and how to deal with difficult people.
Free 30-day trial Then $5.99/mo. Cancel at any time.
Description
Content
Reviews

This book is intended for first year students of geology. The physical properties of minerals are described after a brief introduction presenting the rock cycle, followed by some relevant aspects of crystallography. Rock-forming minerals are then treated systematically, concentrating first on silicates followed by the most important non-silicate minerals. The three main groups of rocks are then considered: igneous (plutonic and volcanic), sedimentary and metamorphic. The text is well illustrated with 16 photographs of minerals and a total of 89 figures.

The first version of this text was written to serve as lecture notes for a first term geology course in “Minerals and Rocks” at Aarhus University in Denmark in 2003. In Aarhus this course is accompanied by a general “Introduction to Geology” course that presents, for example, the structure of the Earth, plate tectonics and paleontology. These topics are therefore not treated here, and some knowledge of the Earth´s structure and plate tectonics is assumed.

After a brief introduction to the Rock Cycle, this text presents the physical properties of minerals and an introduction to crystallography. The most important rock-forming minerals are then dealt with in a systematic way, followed by the three main rock groups – igneous, sedimentary and metamorphic.

A lecture course in Minerals and Rocks must be accompanied by a parallel sequence of practical classes where, for example, crystal structures, minerals and rock types dealt with in theory are demonstrated in practice.