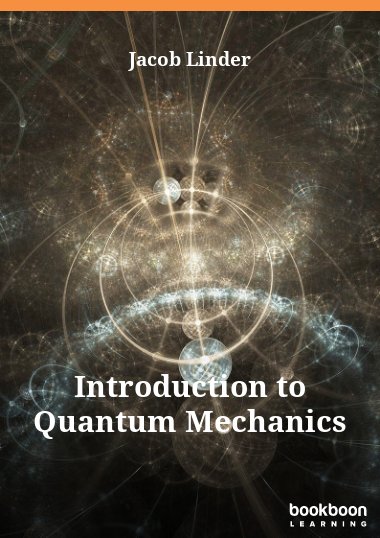 by Jacob Linder
Rating:
( 14 )
Write a review
80 pages
Language:
English
This book covers the basic principles of quantum mechanics along with key introductory topics.
This is a free eBook for students
Sign up for free access
Download free textbooks as PDF or read online. Less than 15% adverts
Free 30-day trial
Business subscription free for the first 30 days, then $5.99/mo
Share this title
Latest eBooks
About the author

J.L. holds since 2013 a position as Professor of Physics at the Norwegian University of Science and Technology. His research is focused on theoretical quantum condensed matter physics and he has received several prizes for his Ph.D work on the interplay between superconductivity and magnetism. He has

More about Jacob Linder
Get ahead at work with our collection of personal development eBooks
Download 1,700+ eBooks on soft skills and professional efficiency, from communicating effectively over Excel and Outlook, to project management and how to deal with difficult people.
Free 30-day trial Then $5.99/mo. Cancel at any time.
Description
Content

The aim of this book is to provide the reader with an introduction to quantum mechanics, a physical theory which serves as the foundation for some of the most central areas of physics ranging from condensed matter physics to astrophysics. The basic principles of quantum mechanics are explained along with important belonging theorems. We then proceed to discuss arguably the most central equation in quantum mechanics in detail, namely the Schrödinger equation, and how this may be solved and physically interpreted for various systems. A quantum treatment of particle scattering and the harmonic oscillator model is presented. The book covers how to deal with quantum mechanics in 3D systems and explains how quantum statistics and the Pauli principle give rise to exchange forces. Exchange forces have dramatic consequences experimentally and lie at the heart of phenomena such as ferromagnetism in materials. Finally, we apply quantum mechanics to the treatment of angular momentum operators, such as the electron spin, and also discuss how it may be applied to describe energy bands in solids.