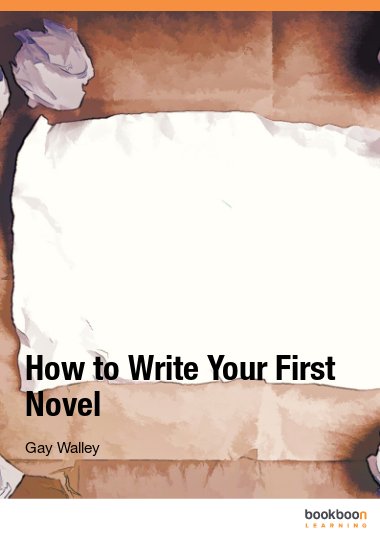 How to Write Your First Novel

by Gay Walley
24 Reviews
(24 ratings)
2 Reviews
41
Language:  English
This guide is Chock-full of quotes from other writers and will both inspire and make you familiar with the road ahead of you as you write.
Sign Up
Professional Plus subscription free for the first 30 days, then $8.99/mo
Buy the eBook :
Access to this title on the bookboon platform
Share
Description
Content
Reviews

A quick guide on how to harness your urge to write a novel, navigate the shoals in your first, second and third drafts – with tips on everything from whether to use a coach, your voice in the novel, what makes a great character to how to find the time in your life to write. This guide is Chock-full of quotes from other writers and will both inspire and make you familiar with the road ahead of you as you write.

At the end are some notes on finding an agent and whether or not to self-publish. Happy writing!

Lutvie Kim
This book is very useful for me, as I am currently starting my first novel. Thank you.
Timothy Hickle
This book is very informative, and it helped give me concrete ideas on how I would need to start.
More reviews
Write a review
About the Author