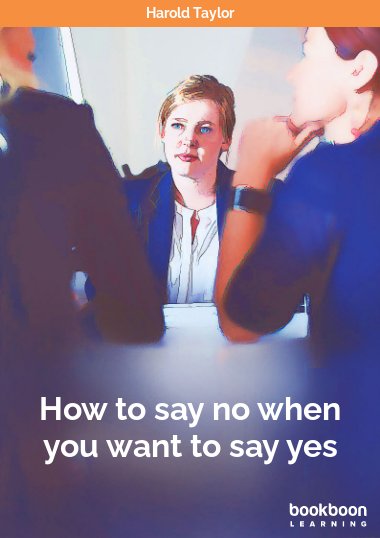 by Harold Taylor
0 Reviews
42
Language:  English
Most people realize that it’s virtually impossible to say “yes” to everything and still get their own work done properly. But it is difficult to say no. This book explains how you can resist the urge.
Sign Up
Professional Plus subscription free for the first 30 days, then $8.99/mo
Buy the eBook :
Access to this title on the bookboon platform
Share
Description
Content