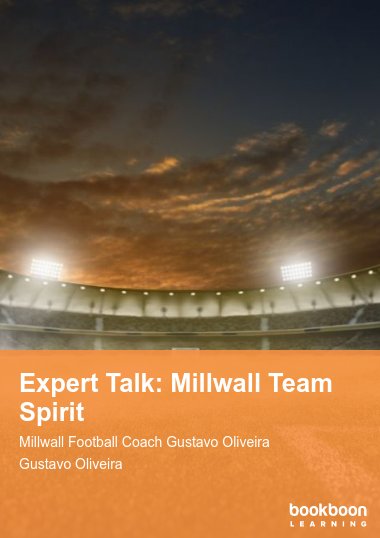 by Gustavo Oliveira
0 Reviews
12m 55s
Language:  English
In this interview, we talk to Millwall Football Coach Gustavo Oliveira about knowing your teams and how to develop team spirit.
Free 30-day trial
Professional Plus subscription free for the first 30 days, then $8.99/mo
Share
Description

In this interview, we talk to Millwall Football Coach Gustavo Oliveira about knowing your teams and how to develop team spirit.

Gustavo Oliveira is a football coach whose football background came from playing professional football at a young age.
He currently holds a UEFA B qualification and Youth Award, working towards Advanced Youth Awards and UEFA A.
He began coaching youth teams in 2007 and has coached in Brazil, New Zealand, Spain, Portugal and now England.
Gus has worked with youth teams such as Sao Jose EC (Brazil), Auckland City FC (NZ), Lambeth Tigers, SL Benfica, Chelsea FC Foundation, and is now an Academy Coach with Millwall, and the Millwall Lionesses U16 RTC Head Coach.
Gus has a broad experience in Male and Female football, having coached from U6 to Senior level.
Write a review
About the Author