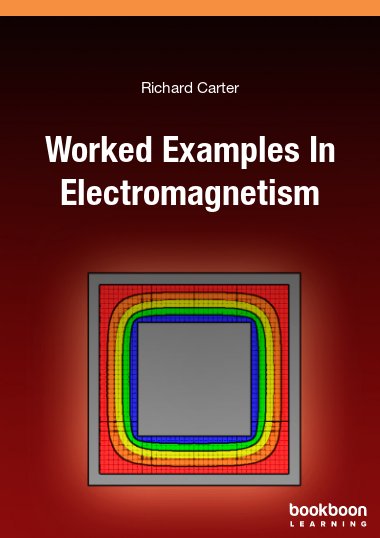 I hope that students will find these 88 worked examples helpful in illustrating how the fundamental laws of electromagnetism can be applied to a range of problems. I have maintained the emphasis on examples which may be of practical value and on the assumptions and approximations which are needed. In many cases the purpose of the calculations is to find the circuit properties of a component so that the link between the complementary circuit and field descriptions of a problem are illustrated.

Nasir Musa
Very easy to follow and comprehend. It'll serve not only students of engineering but physics also.
Abba B Gana
With its incisive and derivations worked examples the book will encourage engineering students to develop skills in electromagnetisims
More reviews
Write a review
About the Author

From 1968 to 1972 he worked on high power travelling-wave tubes as a Development Engineer at English Electric Valve Co. Ltd.. He joined the Engineering Department of the University of Lancaster as a Lecturer in 1972 and was promoted to Senior Lecturer in 1986 and Professor of Electronic Engineering in 1996. He became an Emeritus Professor on his retirement in 2009. His research interests include electromagnetics and microwave engineering with particular reference to the theory, design and computer modelling of microwave tubes and particle accelerators. He is the author of two books and numerous papers in the field.

Professor Carter is a Fellow of the IET, a Senior Member of IEEE and a member of the Vacuum Electronics Technical Committees of the IEEE Electron Devices Society. He received the IVEC 2009 Award for Excellence in Vacuum Electronics for ‘a life-long commitment to education in vacuum electronics and visionary leadership in academia and technical research in the field’.