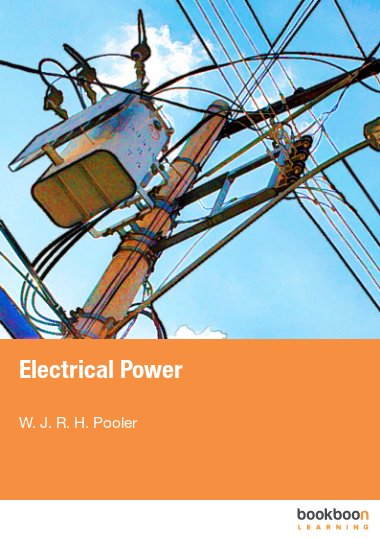 by W. J. R. H. Pooler
Rating:
( 148 )
Write a review
244 pages
Language:
English
The book defines the units of electrical quantities from first principles.
This is a free eBook for students
Sign up for free access
Download free textbooks as PDF or read online. Less than 15% adverts
Free 30-day trial
Business subscription free for the first 30 days, then $5.99/mo
Share this title
Latest eBooks
About the author

I studied for and obtained Ordinary National Certificate while working as an apprentice at the English Electric Co, Stafford. This included time in their high voltage laboratory. I then went to Cambridge University

More about W. J. R. H. Pooler
Get ahead at work with our collection of personal development eBooks
Download 1,700+ eBooks on soft skills and professional efficiency, from communicating effectively over Excel and Outlook, to project management and how to deal with difficult people.
Free 30-day trial Then $5.99/mo. Cancel at any time.
Description
Content
Reviews

Seriki S.B
Very good for electrical engineering, not just power engineering. All you need to understand in the power sector is there. Very informative.
Juan S. Mangum
Simple and concise.
More reviews
Write a review