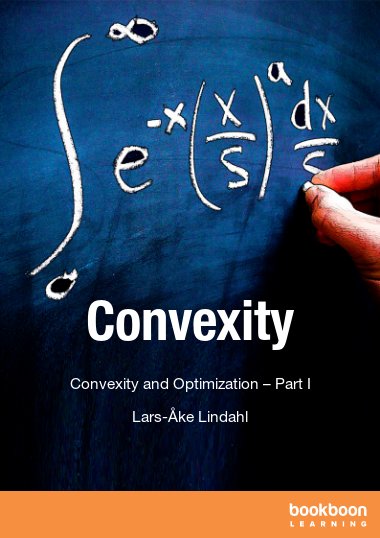 by Lars-Åke Lindahl
0 Reviews
216
Language:  English
This book contains everything you need to know about convexity in order to get a thorough understanding of linear and convex optimization.
Sign up for free access
Download free PDF textbooks or read online. Less than 15% adverts
Free 30-day trial
Business subscription free for the first 30 days, then $5.99/mo
Share
Description
Content