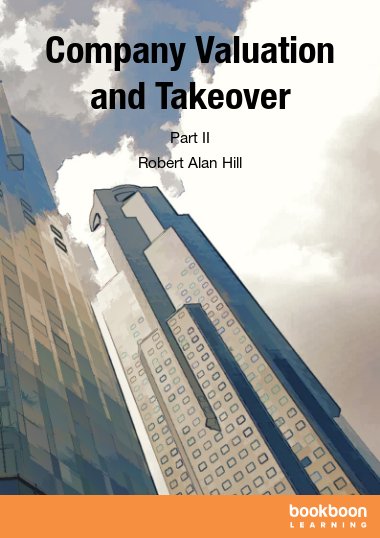 by Robert Alan Hill
11 Reviews
(11 ratings)
79
Language:  English
This book provides an investor’s guide to company share valuation in today’s volatile markets.
Sign Up
Professional Plus subscription free for the first 30 days, then $8.99/mo
Buy the eBook :
Access to this title on the bookboon platform
Share
Description
Preface
Content

With an eclectic record of University teaching, research, publication, consultancy and curricula development, underpinned by running a successful business, Alan has been a member of national academic validation bodies and held senior external examinerships and lectureships at both undergraduate and postgraduate level in the UK and abroad.

With increasing demand for global e-learning, his attention is now focussed on the free provision of a financial textbook series, underpinned by a critique of contemporary capital market theory in volatile markets, published by bookboon.com.