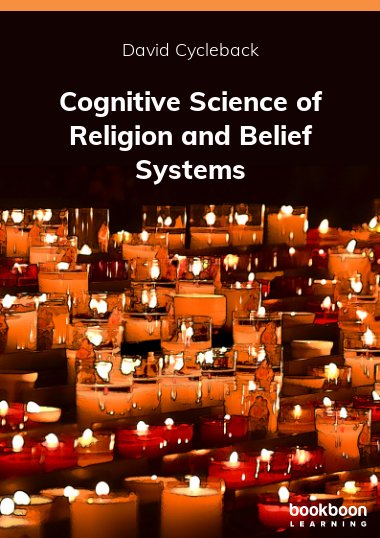 by David Cycleback
Rating:
( 0 )
Write a review
226 pages
Language:
English
This textbook introduces how human minds work, focusing on the neuroscience, physiology, cognitive and evolutionary psychology humans use to form their beliefs and belief systems.
This is a free eBook for students
Sign up for free access
Download free textbooks as PDF or read online. Less than 15% adverts
Free 30-day trial
Business subscription free for the first 30 days, then $5.99/mo
Share this title
Latest eBooks
About the author
David Cycleback is Director of Center for Artifact Studies, and an internationally known scholar working in cognitive science, philosophy and artifacts history,. He was runner-up for the International Book Award for Philosophy for Noise Music: Cognitive Psychology, Aesthetics and Epistem
More about David Cycleback
Get ahead at work with our collection of personal development eBooks
Download 1,700+ eBooks on soft skills and professional efficiency, from communicating effectively over Excel and Outlook, to project management and how to deal with difficult people.
Free 30-day trial Then $5.99/mo. Cancel at any time.
Description
Content

David Cycleback is Director of Center for Artifact Studies ( centerforartifactstudies.org ), an internationally known scholar working in cognitive science, philosophy and artifacts history, and a best-selling author. He was runner-up for the International Book Award for Philosophy for Noise Music: Cognitive Psychology, Aesthetics and Epistemology and a four-time Eric Hoffer Award Finalist. In their second printing by China's National Photographic Art Publishing House, his guides Judging the Authenticity of Prints by the Masters and Judging the Authenticity of Photographs were the first comprehensive books on the subjects published in Asia, and Art Perception is one of four books students are recommended to study in preparation for India's Common Entrance Exam for Design (CEED) for postgraduate studies in technical design. He has been a practicum coordinator for the University of Washington, and an authenticity researcher for Arizona State University's Society for American Baseball Research. His other books include Cognitive Science of Religion and Belief Systems, Understanding Human Minds and Their Limits, Limits of Science, Philosophy of Artificial Intelligence, and Authenticating Art and Artifacts: An Introduction to Methods and Issues.
Write a review