At Bizzmaxx, Errol is responsible for general management, strategy, business development and growth. Prior to Bizzmaxx he worked 10 years as an interim manager and management consultant in Business Development and Outsourcing. Prior to working as an interim professional, he worked 1.5 years as a Corporate Sales Manager at Energis, now Vodafone. Prior to Energis, he worked 4.5 years as a Business Development and Sales Manager at Parity. He started his career as an IT Consultant at BSO, now Atos, where he was engaged in IT projects both in the Netherlands and abroad.

Most of his 20+ years commercial career, he has been working in New Business Development and Sales, where he enjoyed opening New Markets and Clients, launching New Products and Services and developing New Business Models. The last couple of years he has developed interest in the shift from traditional Marketing to modern Marketing. He started specialising in Digital Marketing, Lead Management, Social Media and Marketing & Sales Alignment and established Bizzmaxx in October 2011.

Both as an IT Consultant in the early years and as a Business Development Manager after that, he gained access to a variety of industries such as (from recent to past) Retail, Document Services, Local Authorities, Central Government, Telecom/Operators, Financial Institutions, Trading & Industry, Energy, Media and Transport.

His mother tongue is Dutch, and he speaks and writes English and Spanish fluently. The territories he covered professionally and commercially include Belgium, France, Germany, Italy, the Netherlands, Spain, Switzerland, the United Kingdom and the USA.

Errol lives in Rotterdam, the Netherlands with his Spanish wife. He has two sons who live nearby. He likes various Social Networks quite a lot and would like you to visit his One Page Social Networking Page and connect. 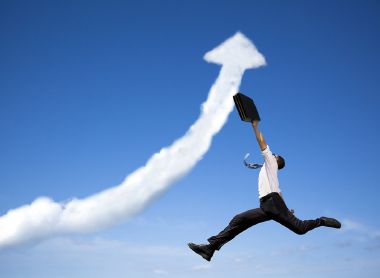 12 Smart Practices to Improve Marketing and Sales
Get ahead at work with our collection of personal development eBooks
Download 1,700+ eBooks on soft skills and professional efficiency, from communicating effectively over Excel and Outlook, to project management and how to deal with difficult people.
Free 30-day trial Then $5.99/mo. Cancel at any time.
Become a Bookboon author
Do you have a great idea that you would like to see turned into a business book or student textbook? Has your experience taught you a thing or two about personal development that you'd like to share with the world? Or do you specialise in an academic subject that could do with some better explaining? Quality, clarity and succinctness are what characterise Bookboon's eBooks. Talk to our editorial team now, and get published!
Enquiry