Dr. Yuri Yevdokimov is Professor at the University of New Brunswick (Fredericton, Canada). Having completed degrees in economics and engineering, he holds a joint appointment in the Departments of Economics and Civil Engineering. Dr. Yevdokimov acquired his degrees in three different countries: former Soviet Union (MSc equivalent in engineering and PhD equivalent in economics), USA (MSc in economics) and Canada (PhD in economics). Dr. Yevdokimov’s research interests lie in the field of sustainable development particularly sustainable transportation and sustainable energy and emerging economies. His work has been published in academic journals and conference proceedings in USA, Canada, UK, France, Greece, Germany, India, China, Croatia and former USSR, particularly in Russia and Ukraine. To date Dr. Yevdokimov has more than 20 publications. One monograph, three textbooks, twenty refereed journal articles, and nine chapters in books are among these publications.

Dr. Yevdokimov is a recognized international expert in the field of sustainable development and climate change. In 2001, he published a monograph The Chernobyl Accident and Soviet Economy dedicated to economic consequences of the Chernobyl accident in 1986 – the largest environmental disaster in the former USSR. In 2004-2005, he participated in a project “Modeling Potential Changes in Demand for Freight Transportation in Atlantic Canada due to Climate Change Impacts” with Natural Resources Canada. In 2006, along with Dr. Molchanov he published in Germany an article “Sustainable Development of the Caspian Sea Energy Resources” in monograph Building a Transnational Civil Society. In 2007-2008, along with experts from 15 countries he participated in an international project which resulted in publication of an international textbook Social and Economic Potential of Sustainable Development. In 2010, he published a chapter “Climate Change and Transportation” in International monograph Climate Change and Variability. In 2011-2015, Dr. Yevdokimov has been working on the project “Economic consequences of climate change impacts on regional transportation in Atlantic Canada” and later during 2016-2019 on a project "Economic evaluation of regional climate change impacts"  with provincial government.

Currently Dr. Yevdokimov teaches in undergraduate and graduate programs in economics and civil engineering at the University of New Brunswick and conducts research in the areas of regional climate change impacts and political economy of emerging economies. During 2005-2013, he has been a Visiting Professor at Kyiv School of Economics and Sumy State University in Ukraine. His textbook "Practical Guide to Contemporary Economics" is a result of teaching economic and non-economic students at the University of New Brunswick and Ukraine for the last 20 years. Dr. Yevdokimov’s official web-site is

Browse all by Yuri Yevdokimov 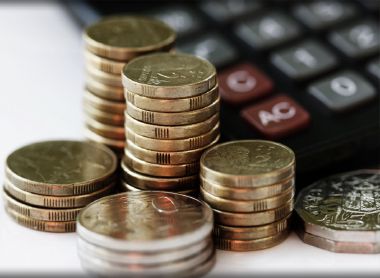 Practical Guide To Contemporary Economics
Get ahead at work with our collection of personal development eBooks
Download 1,700+ eBooks on soft skills and professional efficiency, from communicating effectively over Excel and Outlook, to project management and how to deal with difficult people.
Free 30-day trial Then $5.99/mo. Cancel at any time.
Become a Bookboon author
Do you have a great idea that you would like to see turned into a business book or student textbook? Has your experience taught you a thing or two about personal development that you'd like to share with the world? Or do you specialise in an academic subject that could do with some better explaining? Quality, clarity and succinctness are what characterise Bookboon's eBooks. Talk to our editorial team now, and get published!
Enquiry