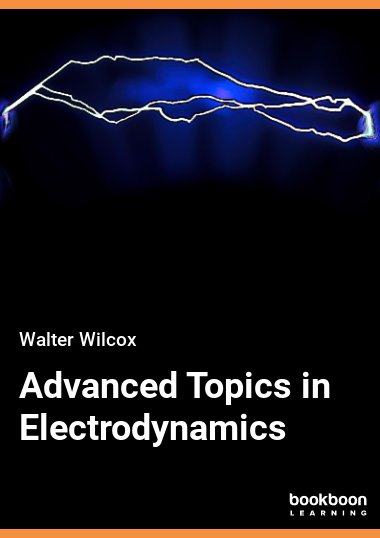 by Walter Wilcox
Rating:
( 0 )
Write a review
70 pages
Language:
English
This book is a short physics survey of 3 important topics in electromagnetism: wave equations, potentials and electromagnetic radiation. These topics are tied together with 35 end-of-chapter problems.
This is a free eBook for students
Sign up for free access
Download free textbooks as PDF or read online. Less than 15% adverts
Free 30-day trial
Business subscription free for the first 30 days, then $5.99/mo
Share this title
Latest eBooks
About the author

Walter Wilcox is Professor of physics and former graduate program director for the Baylor University Physics Department. He has served as a Member-at-Large of the Texas Section of the American Physical Society (2013-2016) and is presently serving as Secretary-Treasurer of the same APS Section. He earn

More about Walter Wilcox
Get ahead at work with our collection of personal development eBooks
Download 1,700+ eBooks on soft skills and professional efficiency, from communicating effectively over Excel and Outlook, to project management and how to deal with difficult people.
Free 30-day trial Then $5.99/mo. Cancel at any time.
Description
Content