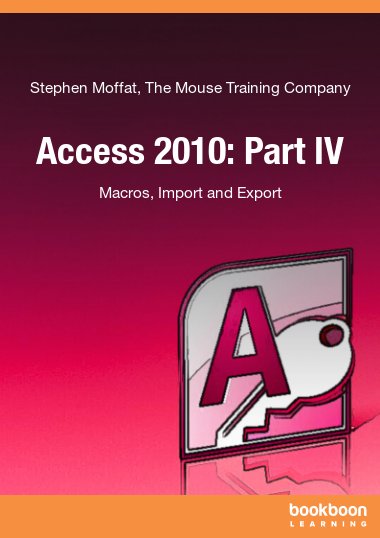 by Stephen Moffat, The Mouse Training Company
24 Reviews
(24 ratings)
106
Language:  English
Access 2010 is a powerful database application that allows users to produce tables, forms, queries and reports within a database it can also contain calculations, graphs, pictures and files.
Sign Up
Professional Plus subscription free for the first 30 days, then $8.99/mo
Buy the eBook :
Access to this title on the bookboon platform
Share
Description
Content