Emilio Lluis-Puebla completed his Professional and Master Studies in Mathematics in Mexico. In 1980 he obtained his Ph.D. in Mathematics in Canada. He is professor at the National Autonomous University of Mexico in their Professional and Graduate divisions for over thirty years. He has formed several professors and researchers who work in Mexico and abroad. His mathematical work has been established in his research articles published on Algebraic K-theory and Cohomology of Groups in the most prestigious national and international journals. He has been Visiting Professor in Canada.

He received several academic awards, among others, Gabino Barreda Medal for the highest average in the Masters, National Researcher (1984-1990) and Endowed Chair of Excellence Conacyt (1992-1993). He is the author of several books on Algebraic K-Theory, Homological Algebra, Linear Algebra and Mathematical Music Theory published worldwide by Addison Wesley, Springer Verlag, Birkhäuser, AMS, SMM, among others.

Mariana Montiel did her undergraduate and Masters in Mathematics at the National Autonomous University of Mexico. In 2005 she obtained her Ph.D. in Mathematics in the United States. She is professor at Georgia State University, in the Department of Mathematics and Statistics, since 2006. Her research is focused on Mathematical Music Theory and Mathematics as a semiotic system, with emphasis in the aspect of language.

She has received several scholarships and grants from foundations and institutes in Mexico and the United States, such as the National Council of Science and Technology, The UNAM Foundation, the University of New Hampshire and the Research Foundation of Georgia State University. She collaborates internationally and does translations of articles on Mathematics and Mathematics Education. Some of her publications are found in Birkhäuser and Springer Verlag. 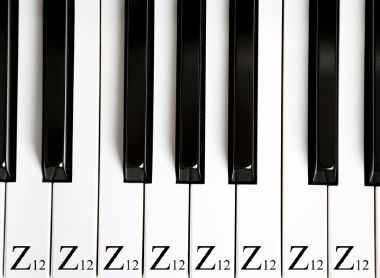