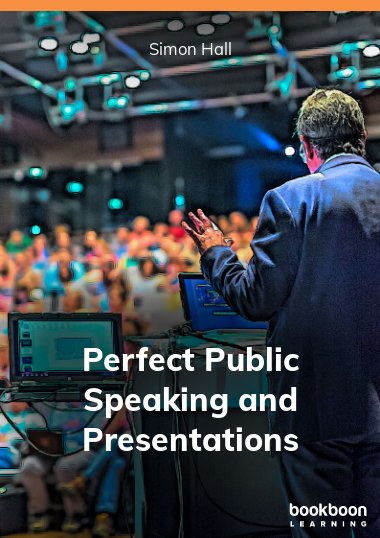 by Simon Hall
0 Anmeldelser
67
Language:  English
A guide to take you through everything you need to know to put on a show that goes down a storm and seals the deal, and it’s not just a guide in words – videos accompany all the major points.
Sign Up
Professionel Plus abonnementet gratis de første 30 dage, derefter $8.99 /måned
Køb e-bogen:
Læs denne bog i vores online eReader. Ingen reklamer
Share
Beskrivelse
Indhold

Public speaking is a highly sought after skill. And why?
Because that ability to stand up in front of a crowd, and inform, entice and entertain them, marks you out as a success in life.
Whether you’re pitching an idea for investment, a new product to potential customers, or just giving a speech at a social event, get it right and you’re celebrated. But get it wrong, and you know so many opportunities will pass you by.
That’s where Perfect Public Speaking and Presentations comes in.
It takes you through everything you need to know to put on a show that goes down a storm and seals the deal, and it’s not just a guide in words – videos accompany all the major points.