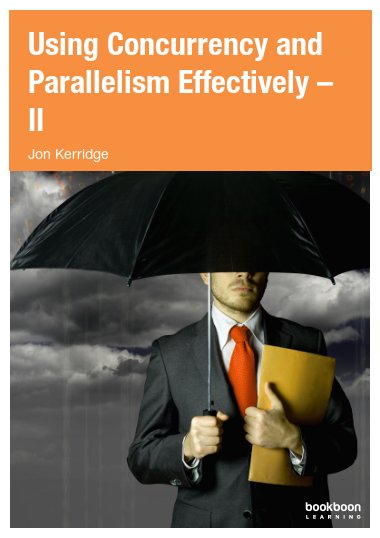 In the second part of Using Concurrency and Parallelism Effectively we look at how parallelism can be exploited in a variety of modern computing system environments. These include networked and distributed systems, clusters of workstations and, of course multi-core processors.

In the second part of Using Concurrency and Parallelism Effectively we look at how parallelism can be exploited in a variety of modern computing system environments. These include networked and distributed systems, clusters of workstations and, of course multi-core processors. Multi-core processors have now become ubiquitous and it is nigh on impossible to buy any form of off-the-shelf computing system that does not contain a multi-core processor. One key advantage of using a system based upon the Java Virtual Machine is that we can make use of multi-core processors without any additional effort because the parallel constructs used in this book are able to make immediate and effective use of multi-core processors without any additional effort on the part of the programmer other than ensuring that their code contains sufficient parallel components to utilise the cores. The crucial advantage of the underlying JCSP package is that the definition of the processes does not change as we move from an interleaved concurrent implementation to truly parallel system in which processes are run of different cores or processors over a network. All that changes is the manner in which the processes are invoked.

This capability is more fully exploited as we introduce the capability of using distributed systems that execute on Ethernet based networks and workstation clusters. One of the more challenging aspects of using such clusters and networks is the ability to load the process network over the network from a single ‘host’ workstation. This challenge is addressed in Chapters 22 and 23 by means of a generic architecture that enables process and class loading over a network in a transparent manner. The only requirement of the programmer is the need to describe the channel connections that connect the processes. This is achieved using a knowledge of the architecture of the network in terms of its IP addresses.