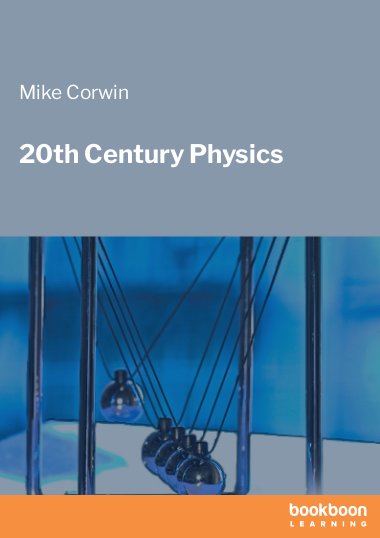 20th Century Physics: A Liberal Arts Approach is the story of the transition from classical to modern physics. Because this new physics demands radical, and at first incomprehensible, changes in our worldview, it is also the story of a philosophical revolution. Relativity, quantum mechanics and nuclear physics are covered at the mathematical level of high school algebra. Emphasized throughout the text is the history that produced these revolutionary ideas and the lives of the uniquely creative individuals who gave rise to them.

Thomas Michael “Mike” Corwin is an observational astronomer and a retired Professor of Physics from the University of North Carolina at Charlotte. His principle research area is RR Lyrae variable stars in globular clusters. He is the author of numerous research publications and several textbooks.

Robert
I enjoyed it, it really helped me understand physics better
More reviews
Laisser un commentaire
About the Author