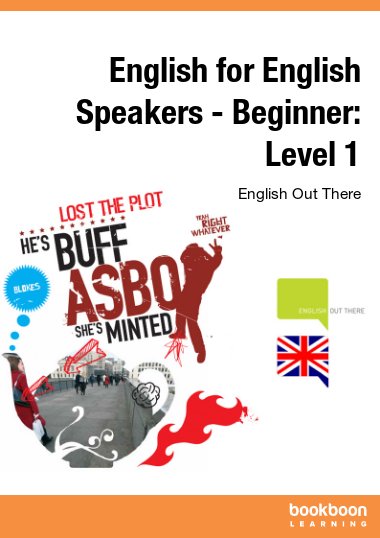 Click here to get the additional files for this book. The zip-file contains:

You can buy and download the full course of 20 lessons from the website of the tiny innovative company for just £5 here:

This ebook content works with a special app for recording your face-to-face speaking practice activities. If you follow the simple instructions it will make it easier for you to improve your English speaking. Download it from the app store.

VILMA P.
Great material for teachers encouriging students to speak.
Naveed Ahmad
Very usefull and informative for beginner students.
William Pasquale
I like the book, thanks for keeping us updated!
theo
Lijkt me interessant om mijn Engels wee wat opnte krikken.
Abdul Quadir
I learned a lot after going through this one!!! Besides, it's good to review the basics once in a while
Fawad
easy to learn english
N g vanodiya
This is a great book for beginners who want to learn to write and speak
More reviews
Write a review
About the Author

Jason has over 20 years of self-employed experience in English language teaching and learning. In 1992, at the age of 25, he co-founded an English language school in London’s Soho and within two and half years the school had achieved British Council accreditation.

An interest in the psychology of learning led Jason to feel that something could be done to improve the way his students acquired English speaking skills. As a result, in 2001, he created the Out There course concept, where students engage directly with fluent or native speakers at every stage of their language development.

After around 250,000 hours of teaching on the streets of London Out There published their unique course materials which can be used both offline and on. The online element came out of a fascination with social networking and free internet telephony such as Facebook and Skype. Out There was the first social media English course and made the European Commission’s top 10 formal uses of social media for language learning in 2011. It continues to evolve and become even more relevant in an increasingly social and connected world. It is also probably the only published English language program that encourages the use of ‘before’ and ‘after’ video and audio clips to demonstrate its unusual effectiveness.

Apart from founding and running Languages Out There Jason works with a number of other companies in the language, social learning and communications fields. He is also a school governor and local activist. He lives in Weymouth, Dorset, with his partner and two young sons. In his spare time he starts campaigns and swims in the English Channel regularly to keep fit and relax.