Conflict, whether large or small, is an inevitable part of any team environment. When conflict arrives within a group of individuals, it can often fall on the manager’s shoulders to address and solve the problem. Here are Bookboon’s 5 steps to conflict resolution for managers.

As a mangager, it is important to first understand exactly what caused the conflict. Who was involved, when did it take place and what has the outcome been thus far. Visualise the conflict resolution process and the positive outcome you want to achieve and the values you want to retain.

Managers can sometimes make the mistake in thinking that it is entirely up to them to provide a conflict resolution. In fact, it can be more impactful to ask the other parties how they see the conflict situation and the way they would like to see it resolved. Addressing the reasonable wishes of employees is a sensible approach to solving problems in the workplace.

Step 3: Decide how to respond

Respond with the appropriate style. According to author Samuel A. Malone, there are 4 main conflict response styles: the Relator, the Analyser, the Director and the Socialiser.

The Relater is likely to use empathy when solving interpersonal relationship problems. They are good at co-operating with others. Their sense of trust brings out the best in others.

The Analyser looks at issues in a systematic way. They like to have the facts before they arrive at conclusions.

The Director tends to have a low level of emotion and a high level of assertion. They are often pragmatic, decisive, objective and competitive and tend to resist compromise in conflict situations.

The Socialiser is adept in human-relations while at the same time being assertive. Socialisers are outgoing, optimistic, and enthusiastic and like to be at the centre of things.

The appropriate style adopted by a manager depends on the context and could be a mixture of all four.

Want more blogs like this? Check out #FrictionlessFriday, our weekly newsletter for all things conflict resolution.

Encourage those involved to agree on how to resolve the conflict. It takes two to settle a dispute and without compromise and give-and-take disputes are unlikely to be settled satisfactorily. Jointly commit to an agreed solution. Agree to an action plan and summarise the actions
to be taken by each party that will resolve the dispute to each party’s satisfaction.

Step 5: Learn from the mistake

Henceforth promise to resolve the conflict sooner. Reflect and learn from the mistakes of the past and your conflict resolution performance. 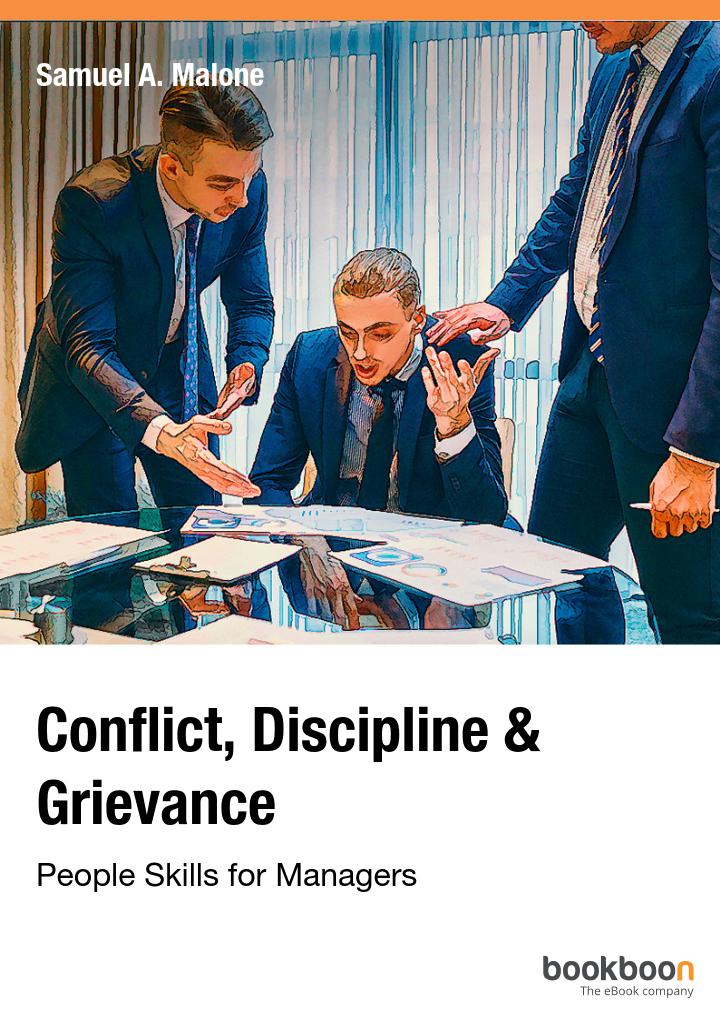 To find out more about resolving conflicts, read our eBook "Conflict, Discipline & Grievance".

As a manager or business owner, it is important that you have a good understanding of what GDPR means for you, your business, your employees and your clients. That’s why we’ve got GDPR 6 tips for managers. …

Keeping up to date with tech advancements is important but a company’s future success comes down to the skills of its people….

How not to be replaced by a robot

‘The Robot Revolution’, ‘Computerisation’ or ‘Automation’; whatever you prefer to call it, technology isn’t going anywhere any time soon, but our jobs just might be….

7 ways to measure the ROI of soft skills learning initiatives

Soft skills development is intangible which can make it hard to track and present an ROI. But the immense impact that soft skills have on every part of an organisation is much easier to measure….