30-day free trial
Bookboon//Articles//Why do people get fired? And how to do the firing

Why do people get fired? And how to do the firing

Getting fired, being sacked, getting the boot. However you phrase it, making someone redundant is a difficult job for a manager. Firing can be awkward, emotional or even embarrassing and there is almost never an easy way around it.

There are many reasons one may be fired. Two of the most common are capability and conduct. From an employer’s perspective, to handle dismissals professionally, a manager must distinguish between the two.

Capability: Fired because one ‘can’t’
Dismissal on grounds of capability will be for one of three reasons:

Firing for lack of qualification

If an employee loses or fails to achieve a qualification necessary to do their job, they may need to be dismissed on grounds of capability. However, before dismissing an active member of staff, it is important to explore the alternative ways of trying to accommodate them.

For example, if a sales representative whose job it is to travel to clients or prospects loses his driver’s license for a year, the manager must consider all options before letting pulling the trigger. ‘Could they work from home or from the office?’ ‘Can their work be adjusted so that they could travel by public transport?’ ‘Could they have a driver or use Uber?’ ‘Can he take on another job in the business while his license is withheld?’

Firing because of poor work performance

Under-performance is a frequent reason for discipline but can be one of the most difficult to handle. It is the job of a manager to warn an employee and communicate that poor performance is could lead to dismissal. These warnings should be both written and verbal. A manager must be able to prove they reasonably believe an employee is not capable of working to the standard the company requires.

Managers must help their employees meet the required standard of performance. This normally takes the form of coaching, re-training, giving a reasonable amount of time to improve (two months rather than two weeks) and generally supporting the employee.

Firing because of ill health

This is a tough one. At what point is it appropriate to let go of an otherwise valued employee because ill health is causing them to be unable to complete their work.

It is fair to dismiss an employee who is no longer capable of working because of sickness. If an organisation’s staff receive company sick pay as a contractual benefit, the dismissal should not become effective until the sick pay is exhausted or paid in lieu. In cases of long-term ill health, managers should concentrate on investigating the medical facts and consulting with the affected employee about the available options. In these circumstances, it is not appropriate to go through any lengthy disciplinary or warnings procedure.

Conduct: Fired because one ‘won’t’

Dismissal for a reason relating to the conduct or actions of an employee will be fair, provided the procedure is properly followed. Examples of misconduct:

A manager’s dismissal procedure must list the offences they consider to be gross misconduct in their organisation. 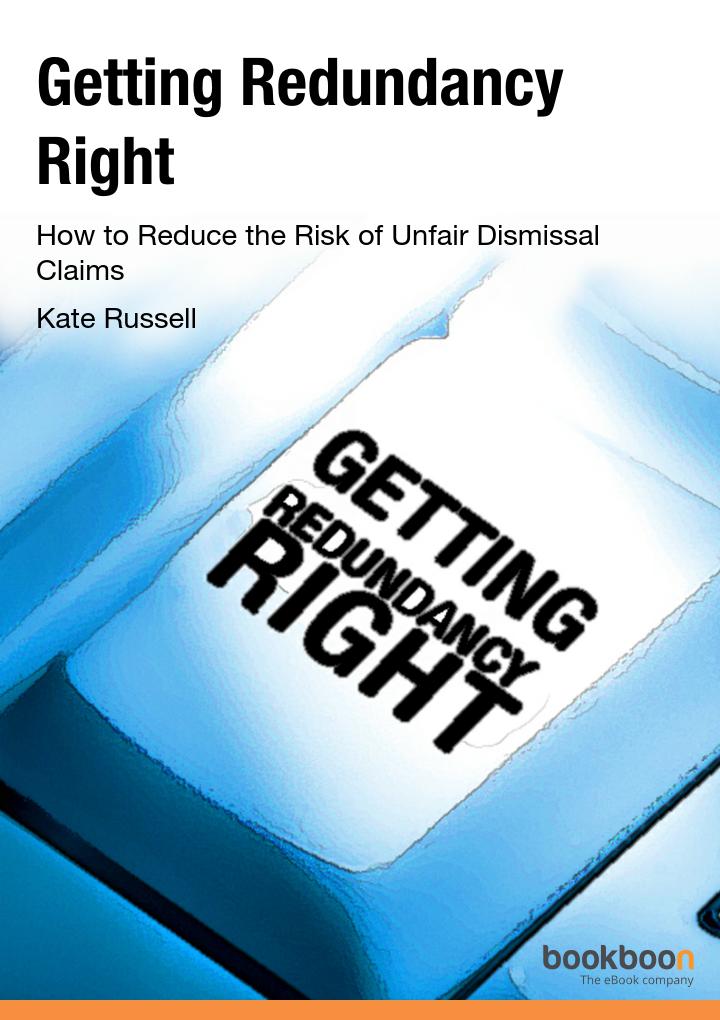 There is much more to learn about dismissing employees. If you want to learn more, take a look at Getting Redundancy Right by Russel HR Consulting.

Discover Getting Redundancy Right and hundreds more books about management.