Why do Clever and Brilliant Business People Happen to Underestimate ‘Marketing’?

“Marketing” is not a substitutable word for “advertising and promotion”… “Marketing” is the holistic and integrated management of exchange… using the synergistic dynamics of product, price, distribution, promotion, processes, people and perceptual positioning to create a win/win outcome between an organisation with unique resources and segments within the market place that can be best satisfied by those unique resources.

This advanced understanding of “marketing” has been the foundation on which global corporations such as McDonalds, Wal-Mart, Coca Cola, IBM, Proctor & Gamble, GE, Unilever, 3M, Lloyds, and many others have built market dominance.

The balance between strategic and operational has never been adequately ‘explained’ to the wider business community. Knowledge of the scope, reach and potency of marketing ‘science’ hasn’t diffused adequately through the executive population broadly enough to overcome the Herman Eisenberg latitude of ignorance. Too few accept marketing as any organisation’s most powerful tool for success.

When operational marketers secure positions at senior level, called upon to be strategic, they’ll often fall back on operational thinking to manage their problems. Examples of this include: 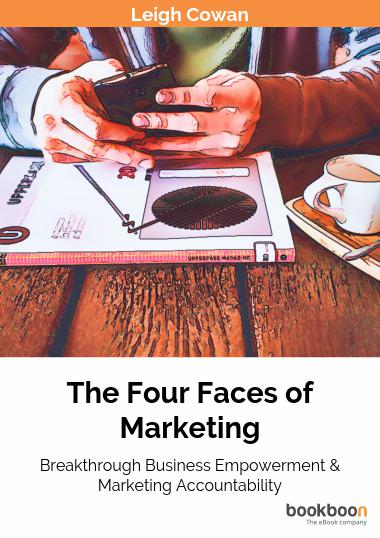 The Four Faces of Marketing

This article is based on Leigh Cowan’s eBook “The Four Faces of Marketing”. Click here and download a copy of this popular eBook.

The holidays are prime time for online businesses. With Black Friday, Cyber Monday and general Christmas fever rising every day, consumers are ready to spend and it’s important that digital businesses take advantage of this time. E-commerce businesses is a massive industry to attempt to break into and thrive in. But there are some key elements to take into consideration when building your digital brand. Is your online business ready for the holiday season? Get ready for those online shoppers with these six quick reads. …

Social media. You’re most likely using it and if not, you should be. Especially for your business.  71% of consumers who have had a good social media service experience with a brand are likely to recommend it to others. Social media is a fantastic marketing tool for creating brand awareness, going global and generating sales. The number of global social media users reached 3.196 billion in 2018. Although a massive number of us are using it, there is still a lot of confusion surrounding how to use it best. Are hashtags still cool? Is paid advertising worth it? How do I gain followers? And what on earth does an ‘influencer’ actually do? Check out these six quick reads to social media success….

How to Gain a Competitive Advantage

Take a look at this article if you’d like to stand out from the crowd in terms of your branding!…

Well, there is the content itself, of course. But there is so much more to content marketing than meets the eye and a great piece of content is always the result of consistent effort, careful planning, and the right attitude. …

Discover “The Four Faces of Marketing” and hundreds more books about marketing.