Author Patrick Forsyth on negotiating with your boss

Bookboon.com author Patrick Forsyth has just published two eBooks on handling bosses and asking for a pay rise. Take a look at our interview of him!

1. Patrick, you have written multiple books and seem have great coaching skills in business as well as personal development. What first got you into coaching?

I began my career in publishing, moved from the marketing of books to marketing management training courses, joined a consulting and training firm in a marketing position and was quickly asked to run some courses (and trained to do so!). It soon became a regular part of my work portfolio.

2. Why a book about getting a pay rise?

Life, work and career demand many skills and some things are inherently difficult. I may never be able to juggle with flaming torches without burning holes in the carpet, but I assuredly won’t without instruction and practice. An occasional task rules out much real practice, and the danger with something so personally important as asking for more money is that unfamiliarity is coupled with an unthinking approach. We charge in, thinking only about what we want and everything is awkward and the request is refused.

Such a particular task needs a particular approach. There are dangers to be avoided, some of them difficult to avoid because the wrong way is pretty much instinctive, and there are ways of going about things that will increase the danger of success. Yet there is little guidance about such things; you can hardly go to your boss and say “What’s the best way of persuading you to pay me more?”.

A false start, a badly handled request quickly rejected may remove the chance of asking again for a while, a year perhaps, so I intend that this title will remove some of the uncertainty from the process. It flags what to avoid and it reviews how best to go about things and does so taking a wide look at it within the context of overall career management.

It is an antidote to charging in with a strident, blustering demand that simply gets slapped down.

3. What are definite DON’TS during a pay negotiation?

The worst mistake is to take a personal view of it, basing your case on something only relevant to you (for example, the fact that you are moving house). An employer will, rightly, not care. You must establish a case based on your job, results and persuade them that paying you better will help them (because you will perform better).

4. What if the employer says they have no money to increase our salary? How do we keep negotiating?

Well, money is not the only form of reward, so maybe you can go for something else – also you might aim to get the fact that you deserve more agreed and perhaps put some firm timing on it. In hard times it may be an achievement to know you have more coming in say a year than just no commitment at all.

5. How can you be assertive with your boss, without being arrogant or offending them?

First, they will hardly be surprised by your request (especially if a rise is overdue) so don’t apologise for it. You do not need to be assertive in a strident, demanding sense; you need to make a strong, logical and thus persuasive case for something that is in both your interests. My intention is that the book will help you do just that.

6. Why is it important to ask for feedback? How do you go about asking for it?

You can only make a case if you know how you are perceived. Usually regular job performance appraisal will give you feedback (and should link to the future). You need to be sure that you are realistic, don’t ask for a rise when you know that there is some perceived problem with your performance – get that right and then ask from a position of strength.

7. Finally, a personal question: have you ever had a horrible boss? How did you deal with him/her?

I have been lucky enough to have some exceptional bosses and in saying that would repeat the old adage that the best boss is someone from whom you learn and thus grow. I like to think I worked at creating a good relationship with them though – it is a two way street (see “Your boss – sorted!”). I have also had a truly impossible boss, so much so that, having concluded, the situation could not be changed, I walked away – starting my own company! 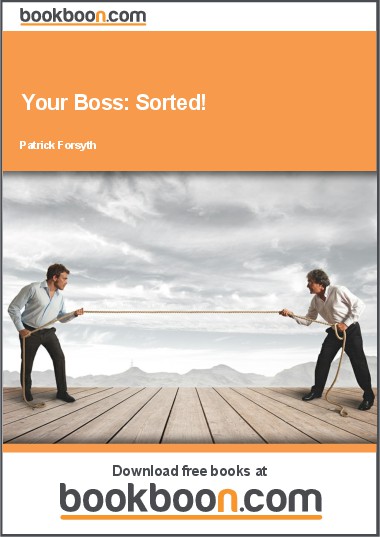 To improve your negotiation and communication skills with your boss, take a look at Patrick Forsyth’s two books Your boss: sorted! and How to get a pay rise.

How soft skills can secure you a job in finance

The finance industry isn’t all about data entry and number crunching. In fact, now that AI is on the scene, the industry is on the hunt for individuals with strong soft skills….

We often lie in bed at night and think “Right. Tomorrow I’m going to be productive. I’m going to check everything off of my list: wake up early, cook a healthy breakfast, organise my desk, answer all of my emails, crush my deadlines,  go for a run…” and the list goes on. Often we end up waking up with that same motivation but quickly become distracted and achieve less than half of what we set out to do. This can leave us feeling frustrated and cause us to put our tasks off until tomorrow once again. Rinse, repeat and what do you have? Well, you’ve got poor time management. Don’t worry, most of us do too….

How good leaders deal with stress

In “The Little Book of Leadership” we point out how important it is for leaders to be able to show their “human face” instead of trying to appear infallible under all circumstances. Did you know that this is the basis for trust in leaders?…

Are your employees leaving due to a lack of training opportunities?

New research suggests that the majority of UK employees (63%) would switch employers if only they got more training opportunities.* That is a staggering number. Combine this with the fact that the average UK employee has gone two years without training and over 10% more than four years, this is revealing a big problem in the job market….

Discover Your boss: sorted! and hundreds more books about career.